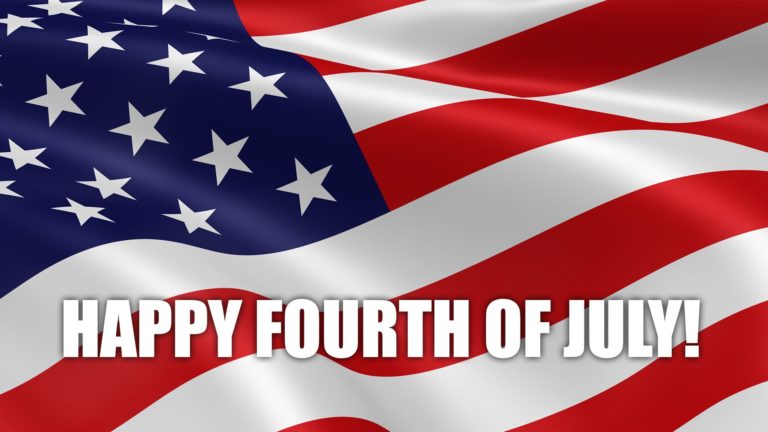 The 4th of July Drunk Driving is a big problem in America! In fact, the holiday season is one of the very most dangerous times to drink and drive or even be on the road. Driving Under the Influence of drugs and/or alcohol is a serious crime in Washington State, sometimes now even a Class B Felony under certain circumstances, and a DUI charge, felony or not, can potentially impact the rest of your life. Please know and accept this and make no mistake about it – the State of Washington is Dead Serious about punishing and trying to deter impaired driving.

This week marks American independence, and with parties and parades planned from Portland to Philadelphia, it’s the biggest birthday bash of the entire year. The Fourth of July weekend means picnics and beach parties, fireworks and flags, sun tea and sparklers, and lots of road trips.

4th of July Drunk Driving data: the celebratory, and the scary

Some 34.4 million Americans are expected to travel by car this Independence Day weekend, and there’s probably a BBQ at the end of many of their trips. Last Fourth of July, Americans had around 74 million BBQs, grilled an estimated 155 million hot dogs, and cracked open about 68 million cases of beer. In fact, more beer is sold on Uncle Sam’s birthday than on any other holiday (including St. Patrick’s Day and New Year’s Eve). 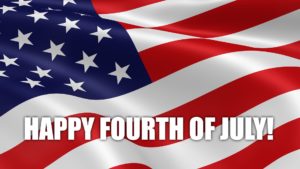 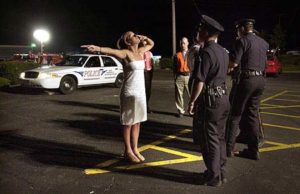 Unfortunately, all those comings and goings, combined with well-stocked coolers, means more drunk drivers on the road. In fact, the Insurance Institute for Highway Safety tells us the Fourth of July is the worst day of the year for fatal car crashes. And, according to the National Highway Traffic Safety Association, 40 percent of all highway deaths between 2007 and 2011 were caused by drunk driving over the Fourth of July weekend.

DUI statistics: what it costs during 4th July Drunk Driving

Obviously, driving drunk can have a terrible price. But even if you’re fortunate enough to avoid an accident, you could end up paying a lot. For starters, a DUI can triple your car insurance premium for as long as 5 years. So that means if you pay $150 a month now, your premium could increase to $450 a month. Spread that extra $300 a month over the next 5 years and you will have paid $18,000(!) extra for the same coverage.

DUI Defense Attorney Phillip L. Weinberg will take care of any DUI or related charges you may be facing?

When drivers are accused of DUI, they assume that there is nothing they can say in their defense. Hence, many people believe that when they blow over the legal limit in a Breathalyzer test that their fate is sealed. In fact, there are many possible defenses against a drunk driving allegation. That is until you have an experienced Washington State DUI criminal defense lawyer on your side. Without this, you will never know your options and what defenses are available. Also, don’t forget DUI Law’s are being strengthened in Washington. For example, House Bill 1614 – DUI.

I am a criminal defense attorney and have defended those accused of DUI and other crimes for nearly three decades. Of course, when you schedule your free consultation with me at my Bellevue or Everett Law Office, I will meet with you one-on-one to discuss your options. In addition, better understand the detail, listen patiently and intently to your version of what happened and how best to defend you. I will be realistic with you. Likewise, provide a helping to guide and advise you to take the next steps to better your position and document your defense(s). Thus to help me to help you walk away from your DUI offense.

I take a broad-based approach to defending clients charged with DUI. After all, a close, careful investigation is the only way for a DUI defense lawyer to pursue all possible options. Thus leaving no defense stone unturned or overlooked. For instance, I will look at whether the police had a reasonable suspicion (called “probable cause to stop’) and pull over your vehicle. If the police did not have probable cause to stop your car, truck, motorcycle — or boat? Then any evidence they collect as a result may not be admissible in court. In fact, this is a highly technical and complex area of the law, and DUI defense involves a lot of scientific, engineering and chemistry knowledge. By the same token, I graduated with honors as Chemistry and Physics major. This knowledge, combined with my legal knowledge, offers significant benefits to my clients.

Defending a DUI charge in Washington

In some situations, I may advise my clients, unless it is repugnant or embarrassing to them, to seek out a mental health evaluation. In fact, the results of these evaluations can be useful in situations where the state has a relatively strong case. Thus our goal is to minimize the possible penalties associated with a conviction. With this in mind, a strong mental health evaluation, people are often allowed to complete their sentences on home detention instead of jail. The way I present that approach as an alternative confinement in lieu of jail for clients facing other allegations has almost never failed in over 300 presentations. This is partly due to my network of forensic mental health care providers.

DUI charges often come hand in hand with other criminal accusations. If you have been accused of hit and run, resisting arrest, reckless endangerment, fleeing and evading, obstruction of a law enforcement officer, or any other related offense?  I am prepared to provide experienced, effective legal guidance.

Also, I can also assist in cases of boating-related DUIs. With more than a quarter-century of legal experience, I fully understand and keep up with the constant changes and developments in Washington State’s DUI laws, as well as the DOL’s rules, and how they relate to your specific situation. After all, I have been successful in a large portion of my cases in saving client’s driving privileges.

DUI Defense is where I stand out from other Attorneys. 80% of my practice has been DUI cases.  No DUI Case is Hopeless!

With the rise of services like Uber and Lyft, designated drivers, people spending evenings at home instead of out, and increased social disapproval of drunk driving, there are fewer and fewer experienced DUI Defense practitioners.

The experience of having personally handled more than a thousand DUI cases has taught me that every case is unique. I don’t negotiate based on a simple BAC percentage and advise a deal based on that. I look at the totality of the circumstances; the reason for the initial stop, the wording of and inconsistencies in the police reports, the maintenance of the test equipment, your driving history, the reliability of any witnesses, etc. I look at everything.

If you are facing DUI charges call or email me or fill out the contact form on this page. I have 3 decades of experience defending people like you who are facing harsh penalties such as license suspension, fines, and jail. I understand the impact this would have on your career as well as your life.

Over 25 Years of Legal Defense Experience

I have many strategies and methods to help you stay out of jail. In fact, I can cover everything from the beginning. Starting with examining the evidence to find reasons to convince the prosecutor to not file charges after an arrest. For example, in a recent case where I was able to show pictures of loose gravel on a road that caused an accident, instead of my client. If that fails I work on negotiating a discreet and favorable plea bargain, to get the charges as low as possible E.g., by removing aggravating factors like having a weapon, or being in a school zone.  Hence, demonstrating to the prosecution the weaknesses in their case. Finally, if needed, convincing the judge to give a minimal sentence, or a sentence that can be better tolerated, such as home detention, or attending counseling sessions.

The first attorney in this area to introduce a chemical dependency.

In 1992 I was one of the first attorneys in this area to introduce a combined mental-health and chemical dependency approach to DUI defense. Thus utilizing the help of a well-published, renowned psychiatry professor from Johns Hopkins University, John A. Liebert, MD, who specialized in the diagnosis and treatment of complex psychiatric problems. Also with the assistance of Seattle attorney Mike Frost, a pioneer on diminished capacity defenses.

Another example of just one special DUI / criminal defense approach I have developed and refined over many years, the Washington State DUI statutes now contain RCW 46.61.5055 (‘Alcohol Violators’). This sets the sentencing factors for DUI convictions and contains a rarely used exception to the usual imposition of the applicable mandatory minimum jail time for a DUI conviction. In fact, it reads in part: “…the imprisonment may not be suspended or deferred unless the court finds that the imposition of this mandatory minimum sentence would impose a substantial risk to the offender’s physical or mental well-being…”

I will help you stay out of Jail, using an extensive toolbox of techniques.

If one of my clients has some physical condition that cannot be well managed in the jail setting, I’ll try to pursue that as a basis to avoid jail time. But, those cases are challenging to prevail on to avoid jail time. As the jails do have healthcare staff. But is usually not of the best quality of medical care. Over the years, I have kept hundreds of people from going to jail based upon documentation from private mental health care professionals. In fact, I routinely work with, including psychiatrists, psychologists, and licensed mental health counselors.

I work with many mental care providers. In addition, which professional to use somewhat depends on your budget, and which one’s expertise applies to your case. If incarceration would impose a substantial risk to your mental well-being. I am skilled and successful at presenting that situation and its risks to the courts to keep you out of jail.

Often, these clients may not realize that they suffer from mental issues. In particular, low-level ones such as depression or panic anxiety disorders, until it eventually impacts their lives, resulting in legal and other problems. After all, many people self-medicate with alcohol and drugs to alleviate untreated depression and similar emotional problems.

It is a very effective approach to a case that is otherwise not winnable for a client with mental health issues. But, for clients who do not fit this defense, I keep up on the DUI laws that are constantly changing. Thus develop new arguments and strategies to challenge the probable cause for the DUI. For example, to challenge the blood draws, to attack breath test evidence, fight to suppress as much of the state’s evidence as possible. In general,  to advocate for clients with tact and effectiveness.

Finally,  any given defense approach would not apply to every case, and these are just examples of my creative defense approaches. But hundreds have benefited from them. After all, I always strive to understand the individual client’s situation as well as their case. Thus take a holistic and caring approach to solve problems. Explain your goals to me, and I’ll use my library of legal knowledge.

Remember, I specialize in Criminal Law and will be your best bet to get you out of your mess. Serving King County & Snohomish County. Seattle | Bellevue | Everett | Kent | Renton | Mercer Island and surrounding areas.