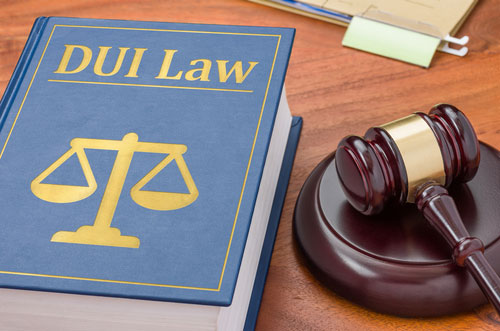 Note that DUI and Physical Control convictions cannot ever be vacated.  That remains unchanged. The newly enacted provision reads:

(2) An applicant may not have the record of conviction for a misdemeanor or gross misdemeanor offense vacated if any one of the following is present:(a) There are any criminal charges against the applicant pending 20 in any court of this state or another state, or in any federal court; (b) The offense was a violent offense as defined in RCW 9.94A.030 or an attempt to commit a violent offense; (c) The offense was a violation of RCW 46.61.502 (driving while under the influence), 46.61.504 (actual physical control while under the influence), 9.91.020 (operating a railroad, etc. while  intoxicated), or the offense is considered a “prior offense” under  RCW 46.61.5055 and the applicant has had a subsequent alcohol or drug violation within ten years of the date of arrest for the prior offense or less than ten years has elapsed since the date of the arrest for the prior offense

Vacating Conviction Records
A conviction for an impaired driving gross misdemeanor that is considered a “prior offense” can be vacated after 10 years as long as the person has not had any drug or alcohol-related violations. “Prior offenses” includes Negligent Driving (first degree), Reckless Driving (if the original charge was for drunk driving), impaired operation of a vessel (boating DUI) and deferred prosecutions for drug or alcohol-related driving offenses.

Mandatory Arrest & Hold
Law enforcement officers are required to arrest a person and hold them in custody — without a warrant — if they have probable cause (PC) that the person has committed a drug or alcohol-related driving offense and has had a prior similar offense within the last 10 years. Examples of this include (but are not limited to) drunk driving DUI, prescription drug DUI and marijuana (cannabis) DUI.

Ignition Interlock Requirements
Prior to HB 1614, four months of consecutive violation-free days were required to release an ignition interlock restriction. With the passing of the bill, that time has increased to 180 days (six months).

License Suspension
The DOL must suspend a person’s driver’s license if they willfully fail to appear or comply as required by a traffic infraction or complaint. With HB1614, courts are now required to notify the DOL when a person willfully fails to appear or comply — specifically if the person was provided notice of or served with the infraction or complaint. Reckless Driving, Negligent Driving, and Hit and Run are a few examples of criminal traffic offenses.