Serving King and Snohomish Counties since 1986

Assault DV is by far the most common Assault charge in Washington State. Assault DV in the Fourth Degree is a gross misdemeanor defined in 9A.36.041 as:

Assault in the Fourth Degree

(1) A person is guilty of assault in the fourth degree if, under circumstances not amounting to assault in the first, second, or third degree, or custodial assault, he or she assaults another.

(2) Assault in the fourth degree is a gross misdemeanor, except as provided in subsection (3) of this section.

“Domestic Violence” is defined in RCW 9.94A.030 and RCW 10.99.020(5), “Definitions,” as: “Domestic violence” includes but is not limited to any of the following crimes when committed by one family or household member against another:

But, the best and simplest definition of Domestic violence is probably found in RCW 26.50.010, in our DOMESTIC VIOLENCE PREVENTION ACT:

Over the years, I have had many spectacular results in Assault DV cases, including dismissal of hundreds of Assault 4 DV charges, or such as one recent case where I got an Assault 2 DV (Assault in the Second Degree – Domestic Violence) felony charge completely dismissed despite it involving strangulation allegations and “some evidence” in the police report that “some choking” had occurred, and even some damaging admissions made by my client to the police. This spared my client eventual deportation after serving years in prison for a Strike offense (Assault 2 DV is a “strike”).

The worst assaults are felony assaults, with First Degree Assault being the worst, Second Degree the next worse and Third Degree Assault the lowest level felony assault. Assault 4 is the most common assault in Washington and is a gross misdemeanor. Each of these assaults is obviously much worse if it is also a DV Assault. These charges are scary but I have gotten scores of them reduced and dismissed on a regular basis.

Though not all cases can be dismissed, I work tirelessly to defend against all Assault and Domestic Violence charges. It is no longer up to the Victim to say she or he doesn’t want to press charges. Through a ‘legal fiction’ added to our law about 25 years ago, the Victim is now the individual assaulted AND THE PEOPLE OF THE STATE OF WASHINGTON. No, the prosecutor is the boss, the one in the driver’s seat, in whether to file the charge(s), whether at a felony level or not, whether to add aggravating factors, like where there are children present or any choking or strangulation allegations or evidence, and whether to add a deadly weapon enhancement for a knife, gun, baseball bat, etc. Many DV allegations are fabricated, too. If the victim wants the charges dropped, the prosecutors usually do not care and threaten them or have their “DV Advocates” do so to show up and testify or else, also trying sometimes (and the police do this, too, sometimes) that the marriage or relationship is toxic and they or the children are not safe around the alleged perpetrator, advising them to consider ending the relationship! If the cops get the victim to sign a written statement, whether it’s written by the alleged victim or the police, as long as it is signed under penalty of perjury by the alleged victim, this document, called by attorneys and courts a “Smith Affidavit,” then the state, county or city prosecutor can often get a conviction at trial even if the alleged victim no-shows. Yes, it is an exception to the hearsay rule, though it does give the defense attorney “confrontation clause” arguments and issues to argue to the court under the 8th Amendment. Therefore, victims no longer have the power to drop Assault or Assault DV or other DV charges.

Also, courts enter NCO’s (No-Contact orders) both pretrial at arraignment and then, if you are convicted, at sentencing. Such post-disposition NCO’s for DV convictions are usually for 5 years in duration. Sometimes it is only for 3 years, but the standard now is 5 years. However, a skilled Washington State DV Attorney can usually get the NCO lifted – maybe not right away, but in a few months perhaps, and it might require several trips to court on motions to lift it before the prosecution and the judge (and the DV Advocate) finally relent and allow the NCO to be lifted. Many people charged with Assault 4 DV and other DV offenses spend a month or more at Motel 6, extended Stay or with their folks, siblings or on friends’ couches until the NCO gets lifted. Couples with children and married couples especially suffer from these NCO’s and try to get them removed quickly. This requires the sort of experience in the courts and knowing how the system works that I have learned and perfected over three decades in practice. I know how to get NCO’s lifted as soon as possible. Clearly, you need a seasoned, intelligent, effective Assault and DV defense attorney on your side in these cases. I am that attorney. I get results for my clients.

Many DV charges are not assaults, such as DV Protection Order Violations, DV Stalking, DV Harassment, etc. But in each of these, and in every case I handle, dismissal is always the first goal. That is obviously because you don’t want a record, a conviction or loss of liberty, job and international travel issues and for some immigration consequences, too. Convictions for Assault, DV Assault and/or any DV criminal charge can carry major life-altering consequences for employment, housing, travel abroad, security clearances, government benefits, etc. They also can lead to substantial jail time, especially where there is an angry and/or vengeful alleged victim moving the prosecutor to be harsh in their handling of the prosecution. So, my job as your assault /DV attorney also involves trying to prevent a conviction, prevent or minimize jail or prison time, and to minimize the burdensome DV treatment programs and other conditions, as well as legal financial obligations, which someone charged with Assault or Domestic Violence faces.

I can occasionally, with the prosecution’s knowledge beforehand, tactfully, honestly and ethically approach the alleged victims, sometimes formally and sometimes informally. This must be ethically done and without angering the prosecutor. Sometimes, in more serious Assault-Domestic Violence cases, I refer the victim to another attorney to work in tandem with me for the best possible outcome for my client, unless the alleged victim is hostile. In those cases, often the alleged victim must be discredited and private investigation may be needed. I work with one of the best criminal defense private investigators in the country. We have accomplished some incredible dismissals and other major positive results in numerous serious and other cases.

As a last resort, there is the use of a Victim Interview with the Prosecuting Attorney and the Victim advocate present, or a formal deposition with a court reporter, where I basically cross-examine or tactfully but intensely question the alleged victim to expose the weaknesses in the alleged victim’s statements, their history, credibility, whether they were impaired, whether self-defense existed for my provoked client, etc. But at that point, please understand that the case is almost surely (but not always) going to have to proceed to trial.

You Will Get Creative and Unique Assault DV Criminal Defense Strategies from Me – such as these:

Other ways to avoid conviction and jail, depending upon the facts and criminal history of each unique client and their case, include:

· Dispositional continuances and various other dispositions.

These similar but not identical disposition ‘options’ usually avoid conviction of the crime(s) charged, I have developed over almost 30 years some creative, powerful techniques for implementing these approaches to your defense that many attorneys are not even aware of or aren’t effective in negotiating and then presenting it to the courts. The results are often truly amazing. But, if a dismissal or one of these optimal non-conviction dispositions are not available in a particular case, then my focus turns to get your charges reduced and minimizing any jail or prison time. Also,

Assault and Domestic Violence cases frequently cannot be resolved quickly if you want the best possible eventual result. The quick or easy way is almost always the wrong approach, especially with DV Charges. I work hand-in-hand with each client, although of course, I do most of the work and all of the legal research, drafting, oral argument, etc. to make it work.

My various ways of defending you on your Assault or Assault DV defense will also involve, in addition to exploring your prior criminal history and any other open cases you may have, whether you were drunk, high on illegal drugs, or even impaired by legal prescription med’s, etc., how badly the alleged victim was hurt and how well that is documented, how much if any medical treatment they required, etc. It is a complex subject and I will go over all of your defense options at our Free Initial Case Evaluation and Consultation.

Put my 30 years’ experience successfully defending Assault and Domestic Violence charges to work for you! I look forward to speaking with you to go over your case in a discreet, thorough and reassuring free initial consultation. My clients almost always report that they feel new hope and relief after their free initial consultation and case evaluation with me. Call now. there may be some clever strategic things you and I can do today.

Don’t Know What to Do? Yes, you do – hire a top-notch attorney to protect you and your rights. Be Proactive and Don’t Waste Time. Get help now.

Experienced, Tactful, Effective and Caring DV and Assault Defense is just a phone call away. It will be one of the most important calls you ever make. 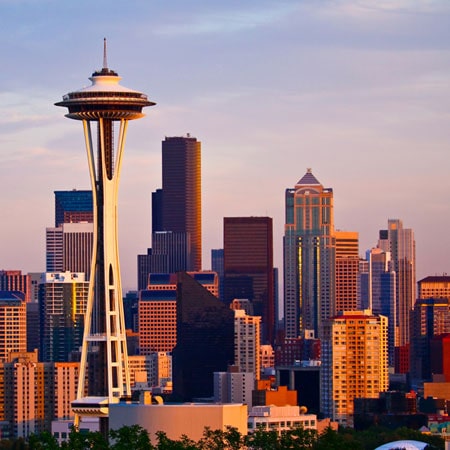 CALL ME NOW FOR YOUR FREE INITIAL DV ASSAULT CASE ANALYSIS AND FREE, NO-OBLIGATION CONSULTATION. IT CAN BE DONE IN PERSON, BY PHONE (SOME CASES ONLY) OR BOTH.

GET SOME HOPE & PEACE OF MIND, AND A STRATEGIC, EFFECTIVE PLAN FOR A DIGNIFIED WAY OUT OF THIS MESS. DON’T WORRY – GET HELP WITH YOUR DV ASSAULT OR OTHER DV CHARGE. 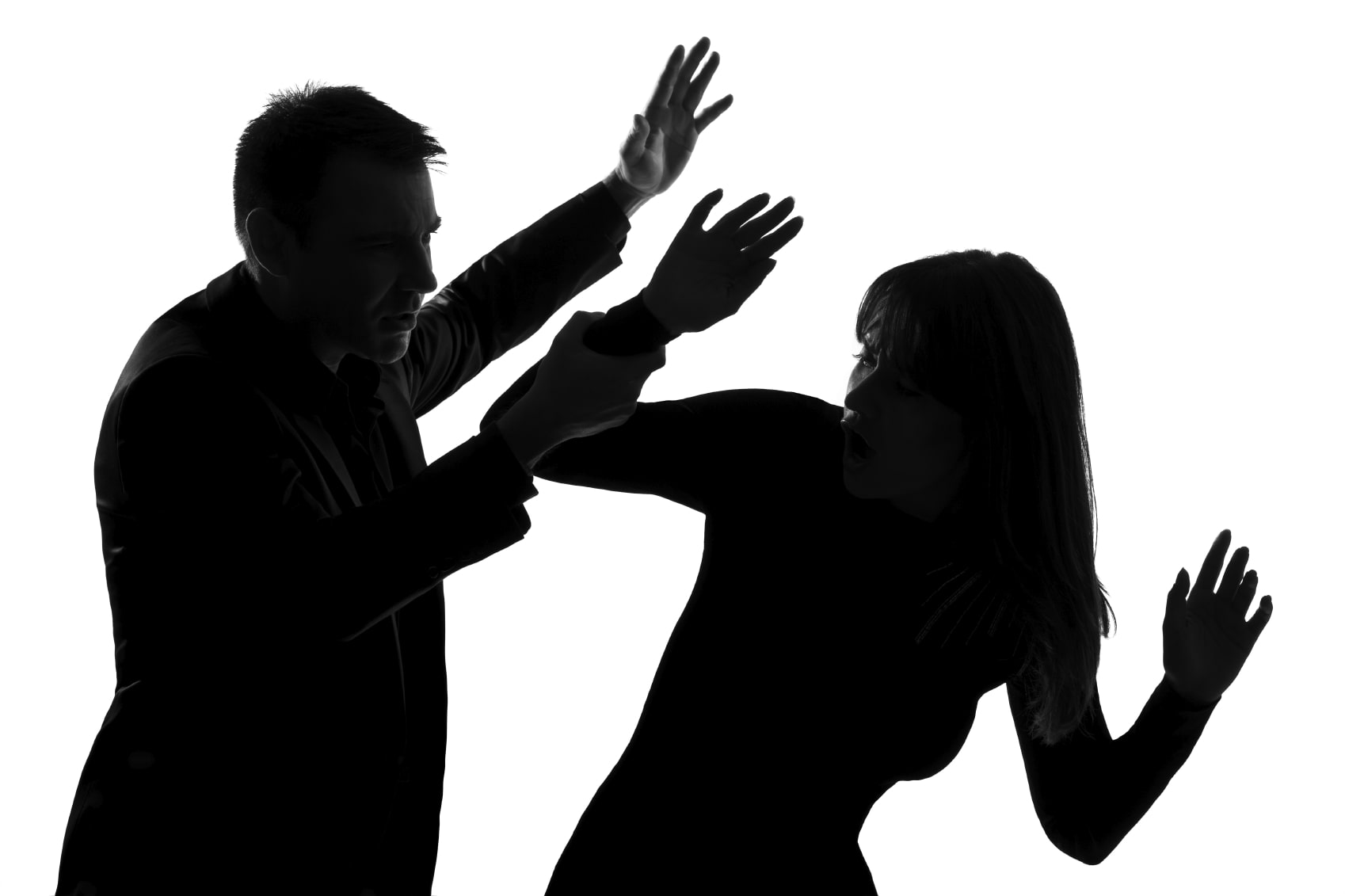