A Proven Track Record of Success for my Clients – I am Ready to Take Immediate Action on your Behalf.  Seattle Felony Assault Attorney with over 30 years of Experience. 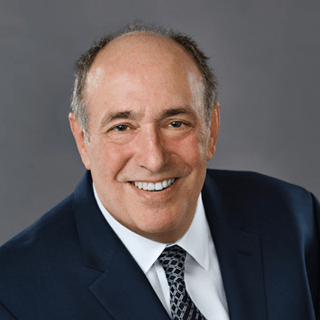 Are you charged with a Felony in Seattle?

I know you’re worried.  You need real, compassionate but strategic help.  Put my intense skills to work to help you now.  A track record of success and helping people – my clients. Relentless. Stunning results consistently. 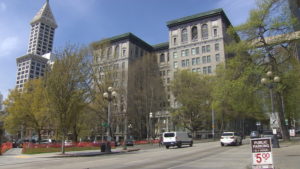 This Sentencing Grid can be brutally harsh once one gets a lot of points, as stated — even one or two can radically ‘up’ the standard sentencing range and the amount of time incarcerated that is at stake, the sentencing Under the Washington State Sentencing Reform Act (the ”SRA”) can be quite tough. This is especially true once one gets their first felony conviction; then, they get a point or maybe 2 points depending upon the crime.  I generally refer, when I’m retained, to the indispensable “Washington State Adult Sentencing Guidelines Manual,” at: http://www.cfc.wa.gov/PublicationSentencing/SentencingManual/Adult_Sentencing_Manual_2018.pdf.

Felony cases and the sentencing grid of the 1981 SRA (Sentencing Reform Act) which has since been updated and amended numerous times is a complex piece of legislation.  Our Legislature has amended the Sentencing Reform Act with almost every yearly legislative session.  The usual result? Almost every year, it is longer periods of confinement for violent offenders, sex offenders and drug offenders, as well as longer prison terms, including longer sentences for armed crimes (firearms, knives and other weapons or dangerous instrumentalities).

Three strikes and — You’re Out!

Washington State passed the first “three strikes and you’re out” provision in the U.S.  If you’re charged with a strike offense (such as Murder or Assault 2nd Degree Domestic Violence, as just one example), consult an experienced Seattle Felony defense attorney experienced in Washington State felony defense.  Our state’s 3-strikes provision means if you get three convictions for strike offenses, you receive life without parole – the defendant will live their remaining natural life in jail and die in jail – there is then no way out unless one or more of your strike conviction(s) is overturned on appeal.  (Should it be called “Three strikes and you’re IN” instead of “OUT”?)

How much Time am I Looking at for a Seattle Felony charge?

Defending against felony defenses is a complex and unique world of its own. To understand how felony sentencing works and what you may be exposed to for your Seattle Felony Charge, you must look at these statutes defining the seriousness level and the standard SRA jail or prison range (the so-called “standard range”) for a particular charge:

If a Washington State Felony Assault results in serious (“grievous”) bodily harm to the victim, court staff, attorneys practicing law, prosecutors, judges, police officers or certain other government employees, etc. or if the Seattle felony crime is committed against a child victim under 13 years of age, the exposure to lengthy prison time will be ferocious indeed, especially for those with prior active felony “points” for past felony convictions that have not yet “washed out.”

Let me fight your Seattle Felony charge to defend you and protect your rights, constitutional rights and other rights. Every case is unique, but I’m not at all afraid to take on the overwhelming power and resources of the government seeking to prosecute you to conviction, mess up your life and even lock you up for as long as they can.  Look what we are up against and why I must be and am fearless and confident in my representation of you with the prosecutor, the police and in court:

In the event you’re charged with Felony Assault in Seattle it could result in serious consequences that negatively impact you both personally and professionally. Seattle Felony Assault Attorney Phil Weinberg consistently obtains excellent results for his clients in and around Seattle, Washington. If you need effective legal representation for your Felony Assault charge, call Phil at (425) 455-4784.

Besides Seattle Felony Assault cases Attorney Phil Weinberg also specializes in a range of criminal defense areas. Hiring an accomplished lawyer to represent you is the first and most important step you must take if you’ve been charged with a crime in Seattle. Attorney Phil Weinberg will provide you with the personalized service and experienced legal representation you deserve. For over 30 years Seattle Felony Assault Attorney Phil Weinberg has been defending those accused of Assault, Domestic Violence / DV, Drunk Driving / DUI and Drug- and Theft-Related Crimes in and around the Seattle area. Don’t wait, call (425) 455-4784 today. Having an experienced, tactful but relentless defense attorney on your side as soon as possible can make a substantial difference in the outcome of your case.

If you’re looking for experienced and effective legal representation for a Felony Assault or other criminal charge call (425) 455-4784 to schedule your free personalized case evaluation and defense overview. Of course, Attorney Phil Weinberg will be available to answer questions or meet in-person as he builds a defense plan tailored to your unique situation.

When you need help with Felony Assault or other
Criminal Charges in the Seattle area, Call Phillip L. Weinberg Attorney at Law.