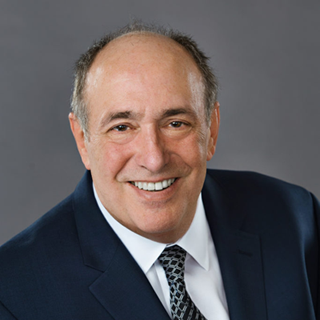 DUI arrestees stopped in Issaquah, North Bend and Snoqualmie are usually taken directly to the Issaquah Jail, across the street from the Issaquah Municipal Court house.  If your DUI was a repeat offense or you got into an accident in which someone was hurt or major property damage occurred, or if you had a child passenger (under age 16) in your vehicle, you may face the court setting a bail at your first appearance.  You Ideally should have an experienced private attorney at that hearing representing you.  I have defended hundreds if not thousands of DUIs over the past 3 decades and am well known in this court to the judge and the prosecutors.

In the courtroom, as a criminal defendant, your attorney may well be your only friend.  The first hearing after your arraignment will be a pretrial hearing and will ordinarily be roughly 4-6 weeks after the arraignment depending upon how congested the court calendars are at the time.  Many things need to be discussed and done to prepare for that hearing.  I know how the system works, what the prosecution firm, Moberly and Roberts, contracted to prosecute Issaquah Municipal Court cases will seek and which evaluators and professionals to refer you to prepare.

There are often other things I will ask you to proactively do in order to optimize your defense, including attending a 90-minute DUI Victim Impact panel, obtaining an alcohol/drug evaluation (and in some cases, a mental health assessment, too, if you are willing to do so).  Of course, if I think your case can be dismissed on good pretrial motion practice or won at trial I will not recommend that you do these things, but you should want and agree to go to trial; this is never my decision – it is yours alone, but I help you reach your decision based upon the strengths and weaknesses of the case and the charge(s) filed against you.

There may be several pretrial hearings while I am negotiating, or preparing for trial, arguing pretrial motions to suppress evidence or dismiss the case, or both, and gathering evidence to support our defense plan.

The Issaquah prosecutors are fair but can be very tough and may well ask the court to set bail, impose Ignition Interlock Device (“IID”) and other conditions of release at your arraignment.  Don’t be a ‘sitting duck’.  Go to Kirkland Municipal Court with an experienced DUI defense attorney on your side.  I go all-out for my clients.

Please call me now.  With 29 years’ experience at obtaining successful, often amazing results for my clients, I am here to help you get an optimal and dignified result.  Dismissal must always be the first goal, but if it cannot be had in your matter, I am extremely successful in avoiding jail time for my clients.

Evidence, witnesses, discovery and opportunities to do things to help yourself before the court orders you to do them will vanish as time passes.  Call now.  I look forward to showing you what I can do to help and to protect your rights.

The most important call you will make: 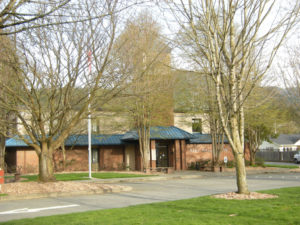 The Issaquah Municipal Court a local court that handles cases for the cities of Issaquah, North Bend and Snoqualmie. It enforces the local municipal codes for those municipalities, which are quite similar (or in some sections identical) to the Revised Code of Washington (RCW’s). If you’re arrested by an Issaquah, North bend or Snoqualmie law enforcement officer for Drunk Driving / DUI (aka “DWI,” the older name for a DUI), your case will be heard at the Issaquah Municipal Court. This court is located at: 135 Sunset Way; Issaquah, WA 98027. Their website is: http://www.ci.issaquah.wa.us/Index.aspx?NID=303 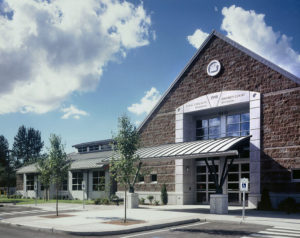 The King County District Court East Division – Issaquah Courthouse has jurisdiction over cases filed and prosecuted by the Cities of Carnation and Sammamish.  Like Issaquah Municipal court, it also handles misdemeanors, gross misdemeanors, infractions and civil violations. In fact, it also includes Seattle DUI arrests. Arrests made by a King County Sheriff or Washington State Trooper that result in misdemeanor or gross misdemeanor charges are handled by Seattle District Court. This court is located at: 5415 220th Ave. S.E.; Issaquah, WA 98029-6839.  Their website is: https://www.kingcounty.gov/courts/district-court/locations/issaquah.aspx.

How it Works - The Stages of the Case

The first hearing is the arraignment. The plea you enter at the arraignment should always be “Not Guilty,” regardless of the facts and circumstances of your case. The court will also set conditions of release at this hearing. Prosecutors often ask the judge to impose strict conditions such as bail or an Ignition Interlock Device. An experienced Issaquah DUI defense attorney can usually effectively resist these conditions, especially on first-time offenses, but even on repeat Issaquah DUI charges.

Next, there are Pretrial Conferences, also called Pretrial Hearings (PTR). Most cases have several PTR’s before they are resolved or set for trial. They generally occur 4-5 weeks apart. After a few of them, the court will often pressure the defense to conclude the case with a plea deal or go to trial. If a good offer is presented by the prosecutor, the case can be disposed of by a plea deal (plea bargain) at a PTR. During this process, your defense attorney will be investigating your case and obe obtaining police reports, medical records, interviews from witnesses, victims, experts and law enforcement as well as any other evidence related to your case.

Next, there are Pretrial Conferences, also called Pretrial Hearings (abbreviated as: “PTR”). Most cases have several PTR’s before they are resolved or set for trial. They generally occur 4-5 weeks apart. After a few of them, the court will often pressure the defense to conclude the case with a plea deal or go to trial. If a good offer is presented by the prosecutor, the case can be disposed of by a plea deal (plea bargain) at a PTR. During this process, your defense attorney will be investigating your case and one obtaining police reports, medical records, interviews from witnesses, victims, experts and law enforcement officers, as well as any other evidence related to your case. Occasionally a private investigator is needed in tougher cases, or with ‘dirty’ cops (and, there are a few of those we must contend with, as in any other occupation or profession).

There are numerous pretrial motions that can have a significant impact on your defense – or even result in the dismissal of your case. A few common ones include motions to challenge probable cause (PC) for the stop or arrest, whether statements made by the police, witnesses or defendant are admissible, motions to compel or limit discovery and Sixth Amendment Right to Counsel deprivation motions. Pretrial motions require extensive legal briefing and strategic planning to be successful.

Less than 14% of Issaquah DUI cases that are filed finally proceed to trial – because trial is the last resort due to the extreme risk and additional cost. You may choose to go to trial in the event the prosecution has not offered an agreeable plea deal, or if a conviction would be unacceptable or especially damaging to your career or personal life, citizenship status, school opportunities, etc. most cases are resolved via a discreet plea bargain, but Issaquah DUI Lawyer Phil Weinberg is ready to fight your case out at trial if that is your desired defense.

Washington's DUI Laws are Tough and Getting Tougher

Washington state DUI / DWI laws are among the very toughest in the nation. There are new senate and house bills being passed every year to more harshly penalize DUI charges (especially repeat DUI offenders) in Washington.  This constantly emerging new legislation further strengthens the laws around DUI. Note also that an Issaquah Physical Control charge is basically the same as an Issaquah DUI charge. Are you charged with a DUI or Physical Control in Issaquah? Don’t get caught trying to defend yourself with an inexperienced Issaquah DUI attorney. Get the Best Issaquah DUI Defense Attorney.

Issaquah DUI Attorney Phil Weinberg has over 25 years of experience and a wealth of tools and strategies to fight your Issaquah DUI case. Call Phil at (425)-455-4784. Don’t worry – Get help now. Experience, Tact and Relentless Issaquah DUI Defense.